Spotlight on a Sidebreaker: Interview with Phil Jones 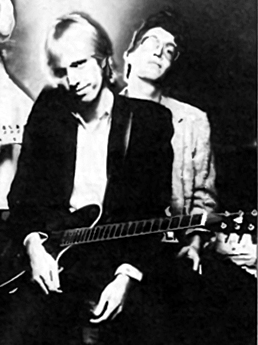 It was early 1988. Mike Campbell and Phil Jones were hanging out at Campbell's house. Tom Petty wanted to come over and use Campbell's studio—just a tiny room with a 24-track board and a tape machine—to record some demos. Phil Jones was there already; maybe could he play some drums? At the time, Jones couldn't have known that he'd be playing on some of Petty's biggest hits... Free Fallin'. I Won't Back Down. Runnin' Down a Dream. It would be more than a year before Songs from the Garage would finally be retitled and released as Petty's biggest album to date: Full Moon Fever.

But, this wasn't the first time that Jones had worked with Petty. Throughout Hard Promises and Long After Dark, he played with the Heartbreakers as a percussionist, both on the road and in the studio. Before this, Jones also played with rock band Crabby Appleton, netting a Top 40 single: "Go Back." Not bad for a dude from Oskaloosa, Iowa.

The Petty Archives reached out to Phil Jones, who graciously agreed to answer a few questions.

Read more: Spotlight on a Sidebreaker: Interview with Phil Jones

"Tom Petty and Me" Review by The Petty Archives

A lot of people are wondering who Jon Scott is and how he knew Tom Petty well enough to write a book called Tom Petty and Me. Scott is from Memphis, Tennessee and moved to Los Angeles to work in the music business. He was a promo man for ABC records. Tom Petty and the Heartbreakers' first record was released at the same time as many other records and didn’t have a fighting chance. It wasn’t promoted like it should have been and eight months after its release, Jon Scott found it in the bottom of a closet in his new office. Out of burning curiosity, he played it. And of course, he loved it. Jon Scott singlehandedly took it upon himself to promote the record in his spare time. It’s very possible that, if it weren’t for Jon Scott, no one would have ever heard of Tom Petty and the Heartbreakers.

Read more: "Tom Petty and Me" Review by The Petty Archives

I'm not sure why there aren't more sites like The Petty Archives for other bands. I guess because it can be hard work. At times, tedious; hours of searching, organizing, and typing. There are a lot of people who have questions, like why we do what we do. Many have assumed we're associated with Tom Petty and the Heartbreakers, but we're not. We're just fans who see value in saving and organizing all of the articles, interviews, and reviews we can find. Reading a biography has its value, but that value is often in hindsight and reminiscence. Every time you recall a memory, little things change; things slip through the cracks. That's why we think there's value in compiling all of these articles from years gone by into a database that is simple to search and browse.

Now that you know why we do it, we set up an interview to help you get to know us better.
Aimee and I interviewed each other and then we both answered user-submitted questions at the bottom. 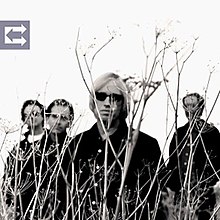 The media and fans have often considered 1999’s Echo to be Tom Petty’s “divorce album,” but after Warren Zanes’ book Petty: The Biography, it was clear that Wildflowers was the true divorce album. So then, what does that make Echo? Echo came out a full five years after Wildflowers.

“I’ve read that Echo is my ‘divorce album,’ said Petty, “but Wildflowers is the divorce album. That’s me getting ready to leave. I don’t know how conscious I was of it when I was writing it,” (Zanes 253). Howie Epstein was doing heroin as far back as ’85, and Petty, struggling with depression from his divorce, started using around ’96. Tom Petty and the Heartbreaker’s soundtrack for She’s the One was mostly Wildflowers outtakes and complied when Petty was “mostly isolated” and “not working at full strength.” It wasn’t promoted and was swept under the rug, (Zanes 260).

“I probably spent a month not getting out of bed, just waking up and going, ‘Oh fuck.’ Lying there,” said Petty. “The only thing that stopped the pain was the drugs. But it was stupid. I’d never come up against anything that was bigger than me, something that I couldn’t control. But it starts ruining your life. It went for a while before Dana and my family got involved. And Echo come in the middle of that mess. I’m lucky I came through. Not everyone does,” (Zanes 260).

"Petty: The Biography" Review and Interview with Warren Zanes

Like no other author I have read before, Warren Zanes knows exactly what Rock and Roll is about—not the logistical, statistical stuff like what year Elvis was crowned king—but the stuff that only someone who is passionate about music can understand. Anyone who has experienced this intense desire to make their own music will relate to this book on a level deeper than they will relate to most people. The best thing is, Zanes can formulate it into words; he writes in a way that allows everyone to feel Petty’s ambition and passion.

The first real feeling I had about this book was a sadness—the bittersweet kind. Watching Runnin’ Down a Dream: Tom Petty and The Heartbreakers (documentary by Peter Bogdanovich), you get the ambition, the get up and go get ‘em attitude of the Heartbreakers. 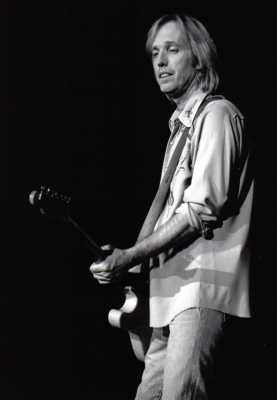 Wildflowers is one of Tom Petty's most beloved albums, set to have a deluxe re-release in (2016 hopefully) titled Wildflowers: All The Rest.

When the album was released in 1994, it received a four star review from Rolling Stone and a heartfelt line which still rings true today:

"Wildflowers is worthy of that long-standing impact — and evidence that this American boy is moving through middle age with all the gusto and poise that his admirers have come to expect."

Now that Tom Petty (and the Heartbreakers) are reaching what you might call pensioner/social security age, it is time now that those babies born the same year as Wildflowers, are now old enough to drink.

Tom Petty took a break from recording his next album — due out this summer — to do a guest-lecture gig at UCLA’s Student Center, where he shot the breeze with 2500 Bruins for about ninety minutes. “He was real nervous at first,” said one intimate, “but in the end he had a great time.” As for the LP, Petty told the students that it’ll showcase “new musical directions” for the Heartbreakers. “We’ll even make some personnel changes to get our new sound,” he augured. “And if we don’t get it … I’ll just go back to Florida.” One personnel change has already taken place, at least in the studio: Howie Epstein has replaced Ron Blair on bass.